This morning I was changing out the memory card for my Blackberry Curve and I made a mistake.  If there is anything that proves the ignorance of simple people like me, it is technology.  I was upgrading from 1GB to 2GB so I was transferring my files to the other one.  It was to be an easy operation:)  I was going to cut and paste the pictures from one to the other.  Simple enough!

When I hit the cut button, on some priceless photos I had on my phone, it asked me if I wanted to delete them. Cutting is like deleting but you can paste it later to another file.  I hit yes to delete and it really deleted them.  For a moment I thought about getting mad at Bill Gates for creating these computers but then I remembered that Bill asked me if I wanted to actually delete them.  I told him yes and he deleted them. 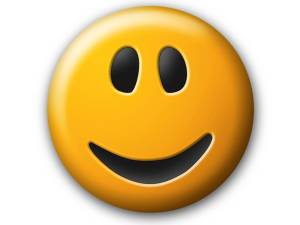 Now I do not have the priceless photo of Hannah I wanted to show you this morning (this other picture will have to do).

There are alot of things in life that we would like to delete.  Bad memories, hardships we have endured, sins we have committed and the pain that we feel.  If it was only as simple as hitting a delete button.

The truth is, however, that God has a delete button to cover your sins.  When our sins are bought by the blood, Jesus asks do you want to delete permanently and God says yes.  As far as the east is from the west so far has your sins been removed.  Our bad memories and pains of the past are there to help us grow in life but there is a delete button that will take away heart-brokenness that you have felt.  The Psalmist said God binds up the broken hearted.

Next time, there is something you need to delete, ask God to take it away and He will perform a delete operation in your life.